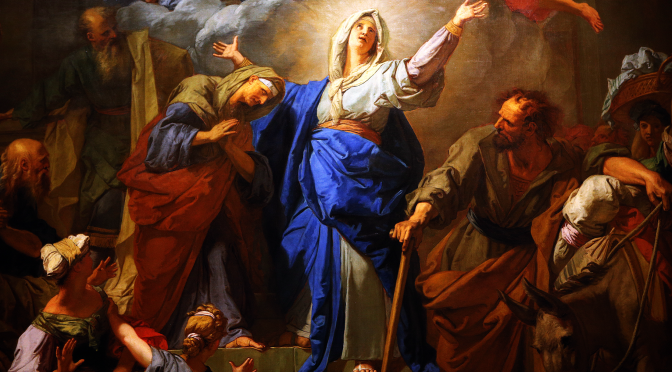 “The only difference between your local college
and a Christian seminary is that the latter is more honest”.
Dennis Prager

How the need to reform the curricula at St. Catherine’s Seminary came about is a bit of a blur to me, even though I have been involved in the project since its inception. I honestly cannot remember how it came about. But that is a good thing. A very good thing! It simply means it was most certainly God’s idea, and somehow we found ourselves driven by a Divine Hand, doing things, deciding here and there, building brick by brick a structure suitable for purpose.

We had just a few building blocks to start with. An enthusiastic and committed Bishop, some years of experience and knowledge in DTP publishing, some spare time and Faith that somehow it would work out. See, the best things in Life are often those we did not plan, but those God planned somehow. Being a tool in God’s shed suits me perfectly. For I often do not have a clue whether I am trailing the right path or beginning the right journey, so I say to Him “You know… I really do not feel sure what’s best, I hope You do, just guide my hand, please”… I know He listens. Just a couple of weeks ago, whilst reading the notes of a Benedictine Monk who has the privilege of receiving locutions from Jesus (in a similar fashion to Sister Faustina Kowalska), I found a note where the Lord reportedly said precisely that… “I always listen, and have a keen interest in listening to anything you have to say to Me”.

Trusting God pays off, I find. It is not always clear what on Earth He wants to do, sometimes, quite often actually. It may take a while, even years to understand why. It is not the case that we do not have a choice. We do! We can say “YES”. And we can say “NO”. But saying “YES” pays off, because no matter how complicated things might get, Our Father is in the habit of being usually right. I have no idea how it works, but it does seem to work. Since November last year, when this whole Seminary Project began to take a hint of a shape, all sorts of things happened. We had an accident in the house leaving my other half with an immobilised leg until January. Then in January a pulmonary embolism (which started in the broken leg) came along to make things that little bit harder. Then in March Covid-19 came to join the former and create chaos. Oh… And in December my former employer decided to fold and fail to pay wages, crashing down into insolvency, so I also had to find a new job.

I didn’t find a job. It literally dropped on my lap, close to home, less than 3 miles away from home, and despite all my fears of a lengthy process, I was back in-shape in less than a week. I have no merit in this Miracle. Our Lord does and all I can do is to humbly say thank You.

I am humbled, I feel smaller than a house mouse in this. In all of this. For despite everything that’s happened since November last year, St. Catherine’s Seminary project continued to grow. How?!… Your guess is as good as mine. I have no idea! It just happened! Whenever I had time to sit at my desk and write content, it simply flowed freely and without much of a struggle. Even graphical content that had to be built from scratch worked first time, fitted first time and any changes were just small things, so no time was wasted. I look at this and I am baffled. Nothing usually runs so smoothly in DTP Publishing or Web page design. No way! But somehow it did, with St Catherine’s Seminary Project.

I was interrupted often, someone immobilised in bed with a broken Achilles tendon needs lots of things, frequently. That is normal. But on my way back to my desk, I can only say I had not lost my line of thinking and so it just flowed again, fairly easily. That is a Miracle too, because typically I do get lost if my focus is stopped for whatever reason.

I am happy that it worked out. I don’t know the reasons why, I don’t think I am supposed to know. I am simply thankful and humbled to be a tool in Our Father’s shed. The Old Catholic Apostolic Church has a new Seminary up and running, thanks to God’s help and His skillful handling of the tools in His shed.

May it all be for His greater Glory.

TO ALL STUDENTS IN TERM I

The paper for your Essay, due the 27th and 28th March, will be released earlier than usual, to assist with your preparations.

It will be downloadable from the Seminary Facebook Group.

The Essay will cover ONE or MORE themes based on the Bibliography recommended above.

There is no minimum pass rate, it is an essay, the aim is to encourage free thinking as well as showing you know your subject. You may consult your materials and bibliography, making sure you cite your sources.

How to Use this Site